Balance is the system of the Universe

When we look closely enough to the system of the universe, we see that everything is a building block, like a cell. Cells are made of many smaller systems and these systems consist of even smaller systems. Cells are also part of a larger systems. This continues without an end. The glue that holds the system together is balance. Sometimes referred to as Tao or Quantum physics. Science has not seen nor understood any of this yet to its full extent. When an unbalance is there, the system immediately starts rebalancing until a new equilibrium is reached.

Today’s science is mainly focussed on three dimensional systems. Materialism is “provable” with modern equipment. In many scientific communities quantum physics is a bridge too far. It jumps over unknown borders and reaches for the unseen, unproven stars.

Agriculture is almost as old as humanity. Humans place seeds in the soil, give them water and some manure. The sun will shine on it and the chemical processes in the plant generate food for the farmer. When harvest comes, the farmer eats her crop and feeds it to her offspring and cow, pig, goat and chicken . Al these creatures produce some waste material which will be used to fertilize the soil for the next harvest. All the minerals are kept in a vicious cycle that can continue endlessly. Plants inhaling CO2 and exhaling oxygen. People and animals inhaling oxygen en exhaling CO2. That is balance.

When the first green revolution started, farmers, supported by scientists, started adding things. Artificial fertilizers that have proven to increase yield were introduced in high amounts. Pests and diseases were eradicated by new chemical compounds. The system flourished and people were happy. Yields skyrocketed. The earth tried to cope with this new approach. Today, 2020, science is still searching for new improved ways to increase yield. What they did not see for the most part, was this new way of working was wrecking balance in many systems and sub systems. Until today only about 16 elements have been thoroughly researched. There are 82, some way to go. But rigging a system, that is part of a larger machine, disrupts more then we know. It is getting worse over the years and more complex to solve. There is a need for more insight and a broader view and a whole new approach.

Nature tries to balance unbalanced systems, that is what nature does for a living. If you spray herbicide, you kill part of the system that just was trying to rebalance an unbalanced situation. Next season the earth will try to do a bigger job in producing more and stronger weeds. What you fight gets stronger, because every year the imbalance grows. This goes on until you have super weeds that only can be dug up from 8 feet deep and burned (in the USA). But, even after this harsh actions the unbalance in the soil remains. This land is taken from farming and given back to nature. It will take a while, but most of the time it will be restored, just look what happened at Chernobyl (Ukraine). Sometimes it takes years, decades or centuries. In some cases it even takes millennia. But, balance will be restored.

If there is too little Calcium in the top soil, dandelions start growing, they like acidic soils. The pen root of this plant grows deep to get to layers that contain enough Calcium. The Dandelion takes this Calcium and transports it to the leaves. When the season is over, the leaves fall to the ground and decay. The Calcium is released in the top soil. This process continues until there is enough Calcium in the top soil. Dandelions do like acidic soils, but since Calcium has gone up, they do not like to grow there any more. Balance restored, by nature. So, what do weeds tell the farmer about their soil? Fighting Dandelions is simply done by putting Calcium to the top soil to solve the problem. Dandelions do not have to grow there, to correct the imbalance. 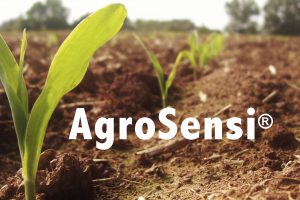